Russian Ekranoplans: KM-08 / „Orlyonok“ A-90
When the KM programme was launched in 1963 it was very ambitious, it was to be more than 100 times heavier than the SM-2P, which was the heaviest ekranoplan at that time. After the experimental craft the Russian ekranoplan program continued and lead to the most successfull ekranoplan so far, the 125 ton A.90.125 Orlyonok. The Orlyonok incorporated many features that had been tested separately in earlier designs: it was amphibious, it had a huge turboprop engine for cruise thrust at the top of the fin and two turbofans in the nose for air injection. A few Orlyonoks have been in service with the Russian Navy from 1979 to 1992. The most recent large ekranoplan from the former Soviet Union is the 400 ton Lun which was built in 1987 as a missile launcher. It carried six missiles on top of the hull. At the time when the Soviet Union fell apart there was a second Lun under construction. 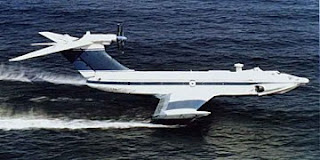 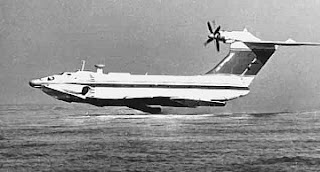 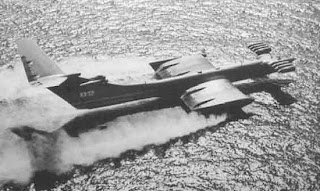 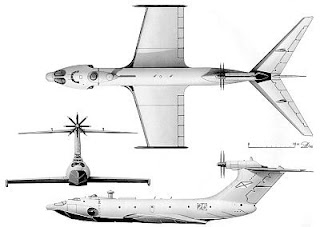 Russian Ekranoplans: „LUN“ / SM-6 / „Orlyonok“ A-90 / VVA-14 / KM-08
In the USSR the WIG („wing in ground effect“) developments took place at the Central Hydrofoil Design Bureau (CHDB), lead by Alexeiev. The military potential for such a craft was soon recognised and Alexeiev received personal support from Kruchev including virtually unlimited financial resources. This very important development in WIG history lead to the Caspian Sea Monster, v a 550 ton military ekranoplan, only a few years after this top secret project was initiated. The first ekranoplan as we know it now, the SM-2P, was built in 1962. Another feature found in most later ekranoplans were the jets that were blowing under the wing to assist at take-off. 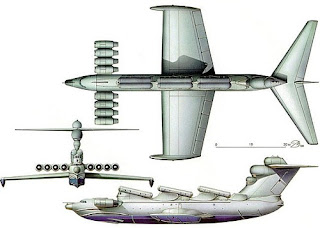 Sounders Roe SARO SR.45 „Princess“
In May 1946, work began on Saunders-Roe‘s largest flying boat, the Princess. She was a two-decked, ten-engined flying boat, weighing 154 tons, and three were built. She was designed to carry a maximum of 220 passengers, and in August, 1952, she flew for the first time. She was supposed to just undergo taxiing trials that day, yet the test-pilot took off after a very short run-up‘. The Princess was the largest metal flying boat ever made and it flew on numerous occasions, including the Farnborough air display of 1952. However, BOAC, the intended customer, did not want them as its flying boat services had ended in 1950. Another problem were the engines, which were not as efficient as they could be. All of the three Princess flying boats were scrapped in Southampton. 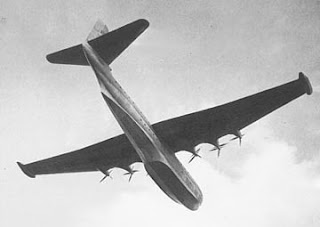 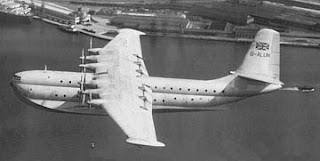 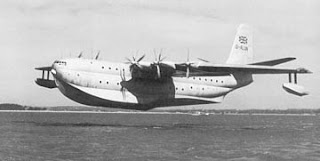 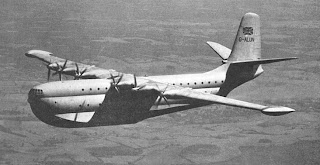 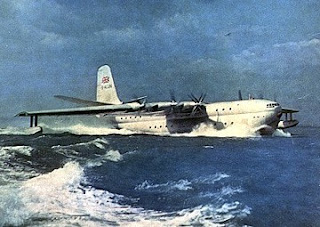 Convair XF2Y-1 „Sea Dart“
The Sea Dart aircraft was to be powered by a pair of 6100 lb.s.t. afterburning Westinghouse XJ46-WE-02 engines. The lower fuselage of the Sea Dart had the V-shaped profile of a boat. When sitting at rest in the water, the Sea Dart floated with the trailing edge of the wing and the elevons being flush with the water. The aircraft took off and landed on a pair of retractable hydro-skis. A total of five aircraft, dubbed Sea Dart, were built. Only three ever flew. The first flight tests revealed (as expected) that the aircraft was severely underpowered for its weight. In addition, the waterskis vibrated continuously during takeoff and landing. The absence of an area-ruled fuselage (plus the lack of adequate engine power) meant that that the XF2Y-1 could not exceed the speed of sound in level flight. The second Sea Dart exceeded Mach 1.0 on 3 August 1954. The four surviving Sea Darts are all preserved in museums. 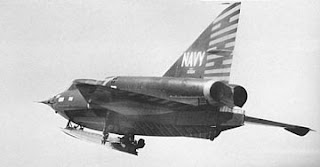 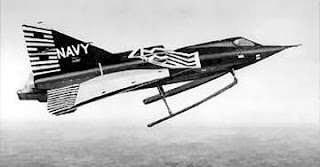 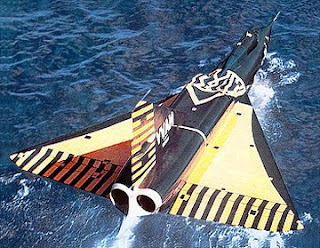 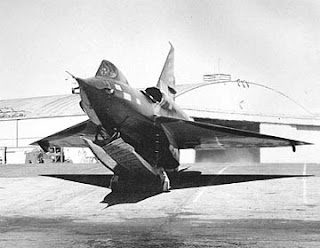 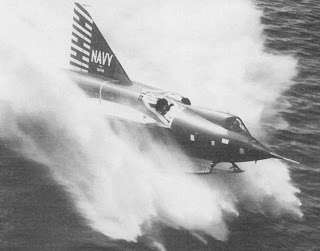